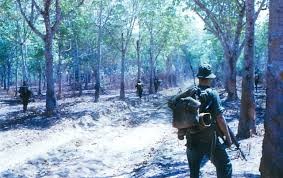 By Ernie Chamberlain   The 50th anniversary of the 1966 Battle of Long Tân is now past. However, with the the Red Dune movie “Danger Close” – “based on” the Battle, to begin filming in southern Queensland shortly, interest in the detail of the Battle is expected to increase. Estimates published in a 2016 “fact sheet” by the Red Dune … END_OF_DOCUMENT_TOKEN_TO_BE_REPLACED