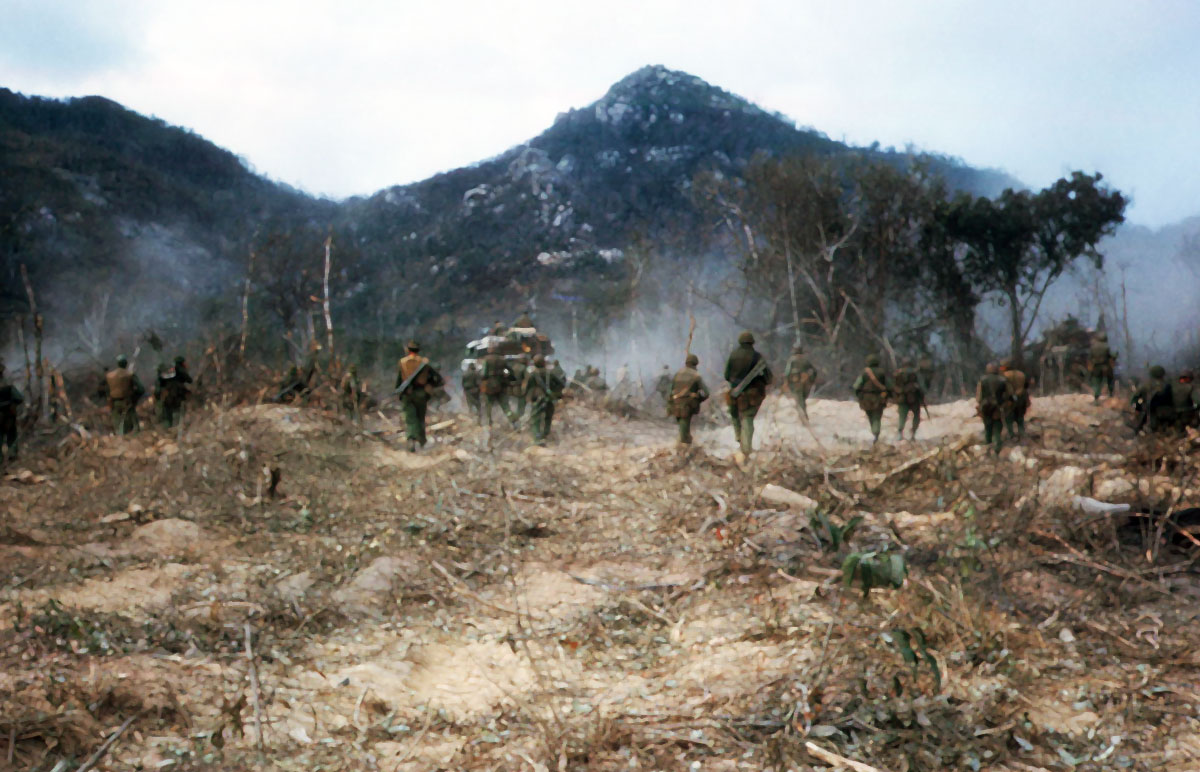 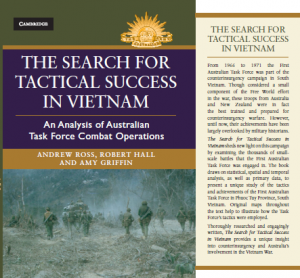 On the eve of the 50th anniversary of the creation of the 1st Australian Task Force (1ATF) in South Vietnam, it is still widely believed that despite winning some memorable battles, the Australians and New Zealanders lost out militarily to an enemy which resorted to low intensity warfare conducted over a long period of time. Employing the discipline of operations research, a recent study shows that contrary to this view, 1ATF dominated the enemy within the task force area of operations.

The US higher command never fully understood the counter revolutionary doctrine of the Australians and New Zealanders and tended to characterize 1ATF’s low intensity operations as ‘pussyfooting’ or ‘avoiding’ the enemy. However, 1ATF had a much deeper insight into enemy doctrine and tactics, and was often scornful of the American obsession with fighting big battles and attrition warfare. While the American’s war of big battles may have applied in those parts of Vietnam of high strategic importance such as in the provinces of I Corps Tactical Zone (ICTZ) and the western provinces of III CTZ (adjacent to the Cambodian border), the war in Phuoc Tuy Province was much more akin to a classic counterinsurgency. It tended to take the form of a very large number of small battles or firefights punctuated from time to time by occasional big battles.

The units of 1ATF could fight big battles, like Long Tan, if they were forced to by enemy escalation. There were about sixteen of these big battles which 1ATF managed to win largely through the employment of what would later be called a ‘combined arms team’ of infantry, armour, artillery and air power linked and coordinated by radio communications. The enemy had nothing to match this capability. Their commanders knew that the big battles were always likely to end in failure to achieve the military mission and high casualties. So why did they fight these battles? In accordance with their revolutionary warfare doctrine, the aim of these battles was primarily political, not military. The battles of Tet 1968 are a prime example. They were a military disaster for the enemy, but turned out to be a political masterstroke.

The main concern of 1ATF was with the low intensity war and the security of the population of Phuoc Tuy Province.  This saw the enemy shift from large unit operations such as battalion or regimental-sized attacks down to small scale operations of platoon or smaller strength, to harass allied forces (particularly the provincial militia forces) and wear them down over time. The US forces were less able to adapt to this change in strategy to which the enemy turned after the Tet Offensive of 1968. The enemy no longer presented large targets that could be attacked so effectively by American firepower. Much of the US advantage in heavy indirect firepower was rendered useless against such small targets.

But 1ATF units had no difficulty in reconfiguring themselves for this type of warfare, for which they had been specifically trained. The purpose of such training was to allow small patrols of 12 to 24 men to move silently and clandestinely through the jungle to see and open fire on enemy parties before they saw the Australians or New Zealanders. This gave the 1ATF patrols the opportunity to fire first. Analysis of combat data shows that most casualties were inflicted in the first few seconds of a firefight by the side that opens fire first. 1ATF units established early superiority over the enemy in this contest inflicting 10 times the casualties they suffered whenever they gained the first burst of fire. This they achieved in approximately 80% of contacts.

This loss ratio meant that the enemy could not stop 1ATF patrols from ranging across Phuoc Tuy Province. Unlike the American strategy of attrition, which defined no strategic objectives beyond killing large numbers of enemy, 1ATF strategy was to disrupt the enemy system of food supply. 1ATF sent its patrols against the enemy lines of communication, and the numerous enemy bunker systems and base camps, where most of the enemy’s large food reserves were to be found. 1ATF units captured over 1800 enemy bunker systems (most unoccupied) and base camps averaging over 300 per year. The average amount of food captured per bunker system or base camp in 1966 was 1250kg. This fell dramatically in each successive year until, in 1970 and 1971 the figure was a paltry 47kg and 20kg respectively. The enemy’s food reserves had been hollowed out.

The collapse of the Viet Cong’s food supply had a profound effect on their ability to prosecute the war in Phuoc Tuy. By early 1969, the collapse severely inhibited the movement of enemy main force units into Phuoc Tuy. This was because the main force units relied on the local guerrillas and their supporters in the villages to provide the food reserves to support operations. The local guerrilla logistics organisations would preposition food stocks along the intended route of advance for the main force units. The last main force operation that interfered seriously with the population of Phuoc Tuy was in June 1969 with the Battle of Binh Ba and the related actions at Hoa Long and Duc Trung. No other operations could penetrate to the main populated areas of Phuoc Tuy until after 1ATF had left Vietnam in late 1971.

The decline in food reserves also had a dramatic impact on the enemy’s local forces in Phuoc Tuy. They now had to regularly enter the villages to collect food resupplies. These resupply missions became predictable and 1ATF exploited this enemy vulnerability. Hundreds of 1ATF ambushes were set on the outskirts of villages catching enemy patrols attempting to enter to get food. Enemy local force units, including D445 Battalion, soon found that supply parties could not be infiltrated into sympathetic villages without suffering devastating casualties from 1ATF ambushes.

By the second half of 1969, 1ATF intelligence officers had detected that the enemy was suffering significant food shortages. By 1970 and 1971, these had become acute, with the local D445 battalion having to leave the province repeatedly, and other enemy local forces having to forage in the jungle for food. Not surprisingly, the number of enemy initiated contacts throughout Phuoc Tuy collapsed. So too did the enemy’s mining effort. The enemy was now only able to sustain a token military presence in the province.

Despite these developments the Viet Cong probably still commanded the political loyalty of thousands of villagers in Phuoc Tuy although the true level of their support is difficult to assess. This was a similar situation to the last years of the Malayan Emergency (1948-1958), and Confrontation in Borneo (1963-66). At the end of the Malayan Emergency thousands of Chinese villagers still supported the Chinese Communist Party of Malaya. Similarly, at the end of Confrontation about 25,000 supporters of the Clandestine Communist Party existed in Borneo. But in both campaigns, British Commonwealth forces, which included Australian and New Zealand units, had made the enemy militarily ineffective. This increased state of security gave respectively, the Malayan, and Malaysian governments, the opportunity to enact social and political reforms to undermine the political appeal of the communists.

The units of 1ATF had produced a similar military result to those in Malaya and Borneo. But this result counted for nothing when measured against the mishandling of the war by the US Army. While the government of the Republic of Vietnam had made progress towards political, economic and social reform, this was fragile and incomplete. It needed time to consolidate and further develop its reforms. But it was denied the opportunity. In April 1972 the Democratic Republic of Vietnam (north Vietnam) launched a massive conventional attack on the Republic of South Vietnam. Although the attack was ultimately defeated it shattered the republic’s growing security.

The struggle for control of Phuoc Tuy remains an interesting footnote to a very large war that killed hundreds of thousands and brought misery to millions. But it may not appear that way to Australian and New Zealand veterans.  They know they were part of a campaign that, within the constraints of its mission, was largely successful. 1ATF did not win the war, but it outfought its enemy within Phuoc Tuy Province.

Dr A T Ross is a co-author, with Bob Hall and Amy Griffin, of The Search for Tactical Success in South Vietnam, published by Cambridge University Press, Melbourne, 2015.